2 min read
*Affiliate disclosure: I may receive commissions if you buy via the links below. As an Amazon Associate, I earn from qualifying purchases.
62 shares

The Mission District is an interesting place. Heavily Latino, yet wonderfully diverse; artistic and grungy, yet beautiful. I love it all. It’s San Francisco’s oldest neighborhood and is named after the Mission Dolores, originally founded in 1776 as Mission San Francisco de Asís, which is San Francisco’s oldest building. You’ll find hipsters hanging out in cafes, homeless people sleeping in doorways of churches, children playing in schoolyards. While walking the street, I saw a girl with a bright green Mohawk and a tattooed face and an elegantly dressed gentleman with a waxed handlebar mustache.

Anyway, my friend and I came to the Mission with our own mission: finding the perfect coffee shop for writing.

We emerged from the BART station to a corner that, as my friend so aptly put, always smells of urine and marijuana. The neighborhood directly outside the BART station in the Mission District is kind of rough, so I was too afraid to stop and take pictures. My friend and I just quickly walked to our cafe.

I eventually did muster up the courage to take some snapshots of our trip to the Mission.

This is where we ended up spending most of our time writing. Maxfield’s has plenty of outlets and working wifi–two things I didn’t find at Dolores Park Cafe. 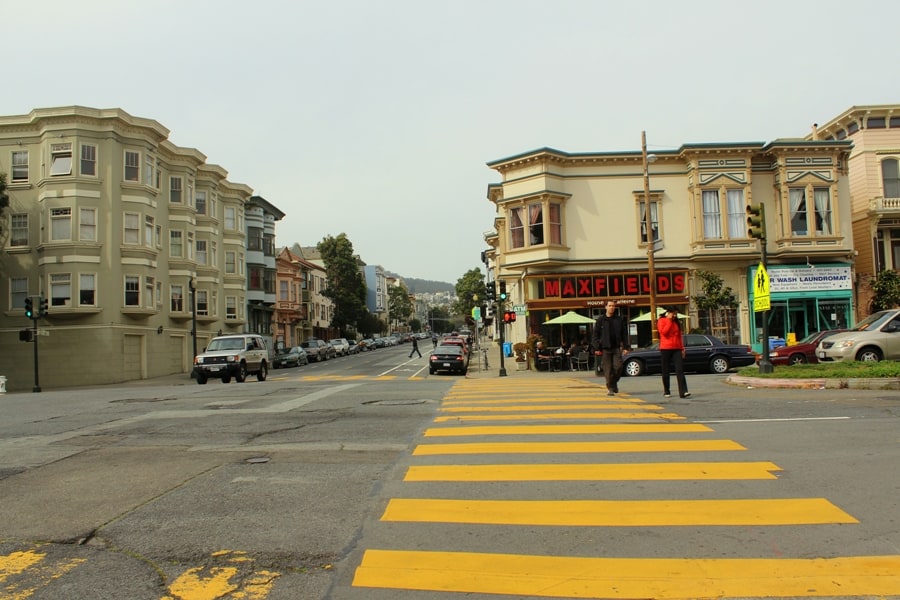 Right across the street from Dolores Park, the cafe is cute and quaint but, as mentioned above, has no outlets and the wifi didn’t work for me. Not the best place for working on your laptop. 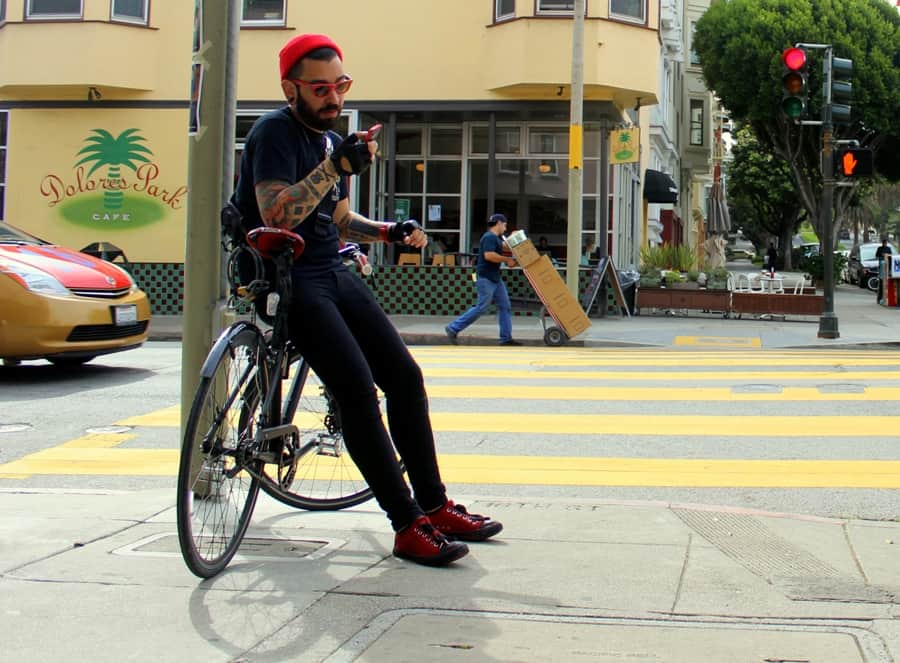 My first week in California, a guy told me that I simply must come to this park because it’s the best in the city. Six months later, and I finally made it out there. Since it’s situated in one of SF’s warmest microclimates, the conditions are great for a picnic. As you can see, everyone had the same idea.