Amy6 min read
*Affiliate disclosure: I may receive commissions if you buy via the links below. As an Amazon Associate, I earn from qualifying purchases.
5shares

“Maybe we’re pushing our luck,” I tell my friend as we approach The Dock restaurant on Pensacola Beach to rent scooters.

By some miracle, we’ve just walked away unscathed from our first jet skiing experience. But driving scooters? This is yet another thing I’ve never been allowed to do, and I’m terrified.

A guy named Derek greets us. When we tell him we’d like to rent two scooters for an hour, he seems nervous, but he walks us outside to about eight red scooters sitting in the hot sun.

“I’m gonna find you a REAL good one,” he assures us. He then examines the scooters with uncertainty. “You know, JUST IN CASE, I’m gonna show you how to kick start one. Ya know, in case it stalls on ya, which it WON’T DO, but ya know, just in case.”

We watch him as he lifts the back end of the scooter, turns the key, squeezes the brake handle, and starts frantically kicking the kick start peg. Nothing happens.

“Sometimes it just takes a few tries,” he tells us as he continues kicking. The engine finally sputters to life. “See? Easy. But you won’t need to do that anyway.”

Not satisfied with that scooter, he moves on to the others. On the last one, he grins and proclaims, “THIS is a good one; you’re gonna wanna ride this one.”

My friend points to the gaping hole on the front left. “It’s missing a side mirror,” she says. “Is that a problem?”

He then resorts to the older scooters in the garage behind us. None of them are satisfactory. He walks back to a scooter he tried earlier.

“I’m gonna try this again.” He cranks the engine until it finally turns over. He grins. “Yeah, see THIS one is a good one; I just hadn’t cranked it all day, so that’s why it had trouble, but it’s running now. It’s fine.”

My friend and I exchange doubtful glances. This guy doesn’t know what he’s doing.  I feel as though we’re at a used car dealership being duped by a salesman. I’m pretty sure it’s not so much that Derek doesn’t understand scooters (he has told us he rides a motorcycle, after all), but rather these scooters haven’t been driven in ages, so he’s not confident they actually still work.

Derek says, “I’m gonna show you again how to kick start a scooter. But you probably won’t need to know. Watch carefully, but again, you won’t need to do this.”

He repeats the procedure then leaves to get paperwork for us to fill out.

“Should we run now?” my friend asks. But for whatever reason, we stand in place.

We sign the paperwork. It basically says if we get injured or die, no one can sue The Dock.

Derek pulls two scooters out to the parking lot. I eye them carefully, noting all the scrapes, scratches and dents marring the paint’s finish. That plus the missing side mirror on the one he showed us earlier are unnerving. People have wrecked  these things.

He then asks us, “Are you going to wear a helmet?”

We hesitate. Wearing a helmet definitely isn’t cool, but I feel like after all the risks we are already subjecting ourselves to, not wearing a helmet would just be plain disregard for our lives. I take a helmet, and so does my friend.

“Ya know,” Derek says, “you don’t look bad with a helmet. Y’all should get a picture.”

I can’t tell if he’s being sarcastic, but I’d like to believe we looked PRETTY darn good.

I hop aboard the red scooter, start the engine, and take off into busy traffic on the main road. I have decided we are no longer teetering on the edge of safety–we are now plunging headfirst into recklessness. But the sun is on my back and the wind is blowing through my hair, and it feels great.

We pull over in a parking lot to discuss our route. We are sitting with our scooters in idle when my engine cuts out. My heart drops. Derek promised me this wouldn’t happen. I’m mentally running through the kick starting procedure, but thankfully my engine starts again.

As we cruise down a secluded road to Fort Pickens–with the Gulf of Mexico to our left, the bay to our right, and white sand glowing in the sunlight–I picture I’m on a motorcycle. Yes, we are traveling the country in our own little motorcycle gang. We’re such badasses. We HAVE to capture this in a photo. I signal to my friend to pull over.

“We should take a picture!” I yell.

She points to a sign that says “No stopping on the roadside.”

“Oh! Nevermind!” I yell, not wanting to get in trouble. So much for being badasses.

Afraid of wrecking on the heavily-trafficked main road, my friend and I decide to pass the hour riding up and down Fort Pickens Road, where few cars are around.

In true fashion, we have managed to take a semi-risky adventure and make it as safe as possible.

But it is really a beautiful drive. Having lived in Pensacola 18 years, I have never experienced the beach this way before. It is still the most picturesque beach I’ve ever seen.

After our hour is up, we return the scooters to The Dock with an overwhelming sense of relief. I can’t help but notice that Derek seems a bit relieved too.

As we drive back in my friend’s car, we encounter a group of real bikers on Harleys stopped at a light next to us. Ah, kindred spirits. We acknowledge them with a nod, which probably confuses the heck out of them.

Location: The Dock on Pensacola Beach

Price: $20 per scooter for the first hour. Please note there is a $200 deposit that will be charged from your credit card, and then released back to you once you return the scooter in the same condition it was in before.

Tips: Drive down Fort Pickens Road toward Fort Pickens. It’s a beautiful drive, with very light traffic. Once you get to the entrance of the park, you can turn around, so you don’t have to pay the fee. 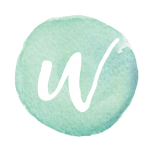 Amy founded The Wherever Writer in June 2012 and handed this site on to a new owner in April 2019. An avid traveler and passionate entrepreneur, Amy continues to explore the world and encourage others to follow their dreams.