5 min read
*Affiliate disclosure: I may receive commissions if you buy via the links below. As an Amazon Associate, I earn from qualifying purchases.
3 shares

Since summer is almost over, I decided to go on a spontaneous trip to Santa Cruz last week. I hadn’t had a beach day all summer, and I longed for a hot day spent lazing in the sun and frolicking in the waves along the California coast.

When I got to Santa Cruz, it was cold and rainy. 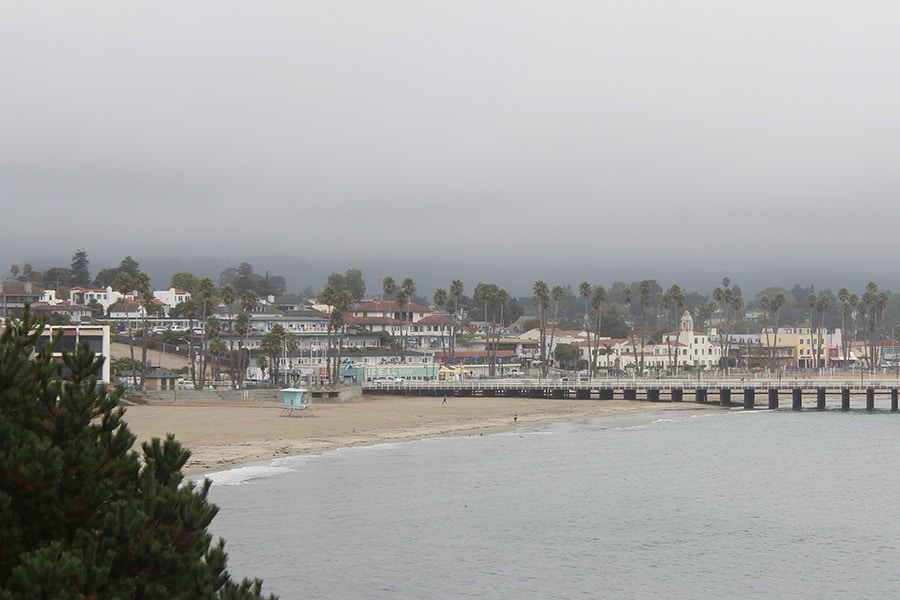 There was no one on the beach.

The sun wouldn’t so much as peek out from behind the gray sheet of clouds.

The only thing that could possibly rectify this disastrous situation was ice cream.

And so, downtrodden and weary, I headed to the Penny Ice Creamery in Downtown Santa Cruz, where I sought solace in sweets. (Many thanks to Cassie Kifer from Ever in Transit for suggesting the creamery!) 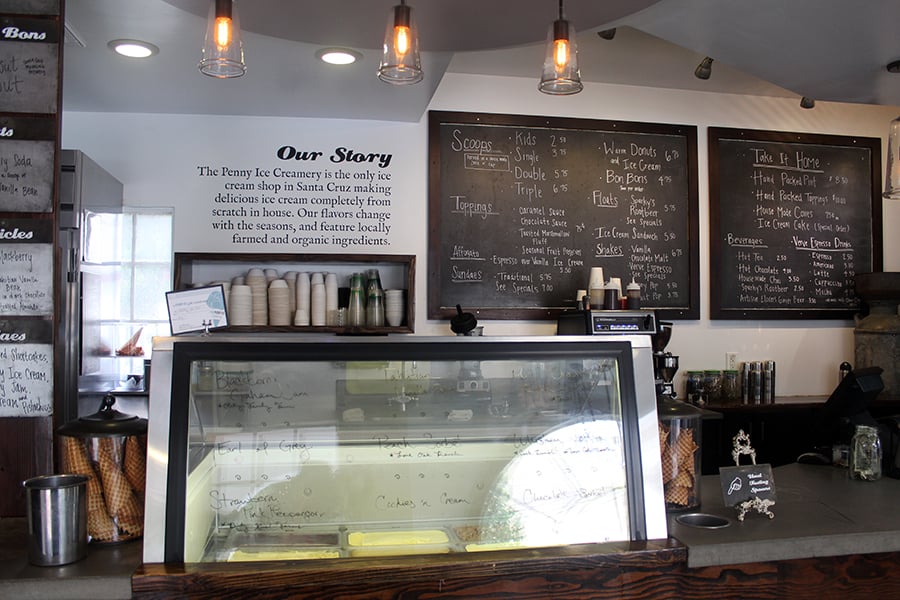 I was greeted by a chipper young man who said nine magical words that instantly lifted my spirits: “Would you like to sample any of the flavors?”

“I’d like to sample ALL of the flavors,” I said, only half joking.

He seemed unfazed by this as he grabbed several spoons. Already I loved the place.

On the Milk Chocolate Raisin Hazelnut, the employee dug the spoon in deep for a generous scoop. “I wanted to make sure you got a hazelnut,” he explained. (Seriously, I love this guy.)

Deciding which flavor to choose after that was tough. Pro Tip: While this isn’t listed on the menu, you can get a Kids Double for $4. I went for the Milk Chocolate Raisin Hazelnut and the Earl of Grey.

After I paid, I eagerly grabbed my cup of ice cream, and just when I thought it couldn’t get any better, the young man asked, “Would you like some waffle cone pieces on that?” (Is he even real??)

“Sure,” I said, as I watched him walk over to the waffle cone jar. I expected him to sprinkle pieces from the bottom of the jar onto the ice cream. To my surprise, he placed an entire waffle cone on top of my ice cream. My day was made. 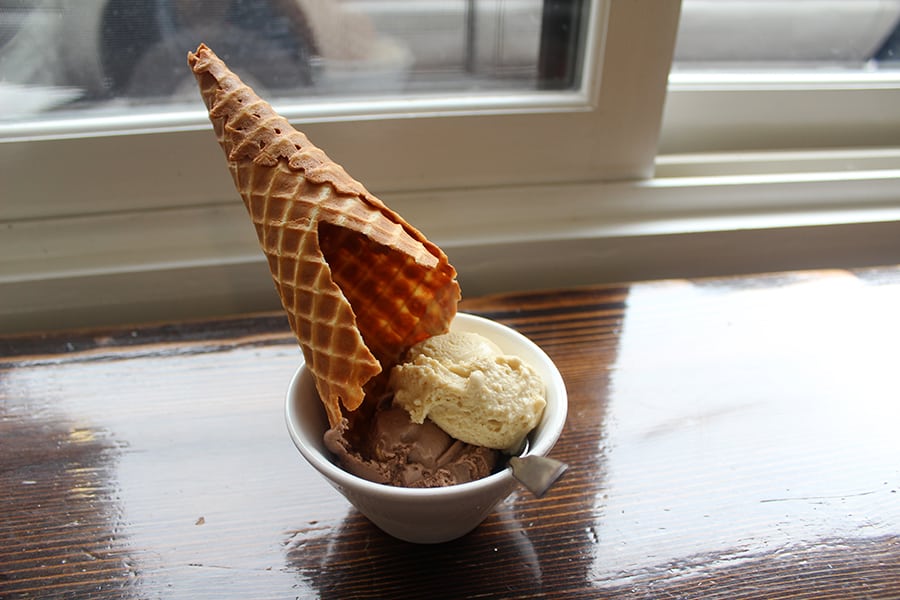 As I devoured the sweets, I couldn’t help overhearing two women to my left talking about the shop operations. It wasn’t hard to tell that one of them was the owner. I noted how seriously she took the running of this little ice cream shop. She was discussing employee trainings, ensuring the schedule was figured out ahead of time and that new employees were properly trained. I was impressed.

Within five minutes, my ice cream was gone, so I walked around the shop taking pictures.

I noticed the owner walking up to me, and as a photographer I’m used to being reprimanded for taking photos, so I braced myself for the rebuke. Instead, Kendra introduced herself and asked if I had any questions. I asked her about her inspiration for starting the creamery. She said that, drawing upon her experience as a pastry chef in San Francisco, she decided to open up The Penny Ice Creamery. She comes up with the flavors every week, keeping in mind what fruit is in season and where she can get local ingredients. The ice cream is made from scratch in house from locally farmed and organic ingredients.

So thank you, Penny Ice Creamery, for making my dreary day a bit brighter. 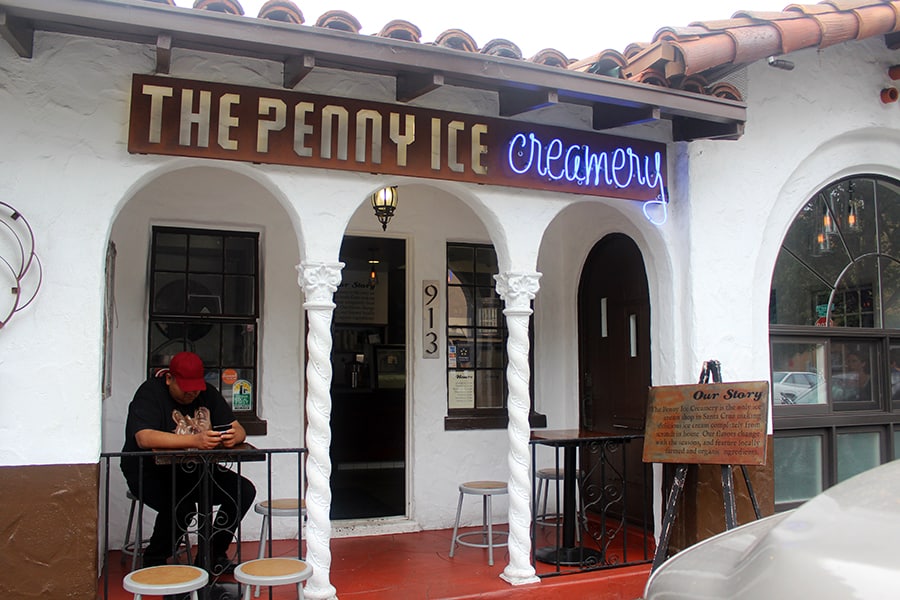 Tips on Visiting the Penny Ice Creamery in Santa Cruz

Downtown Santa Cruz (This is their original location. They have a couple of other locations.)
913 Cedar Street, Santa Cruz, CA 95060

Parking: They have only street parking, and since Downtown Santa Cruz is heavily trafficked, it’s tough to find an open spot. I drove around several times before settling on paid parking. There is a parking garage very close to the Penny Ice Creamery at the corner of Cedar Street and Church Street. It’s only 50 cents per hour, and it’s a mere two-minute walk to the creamery. 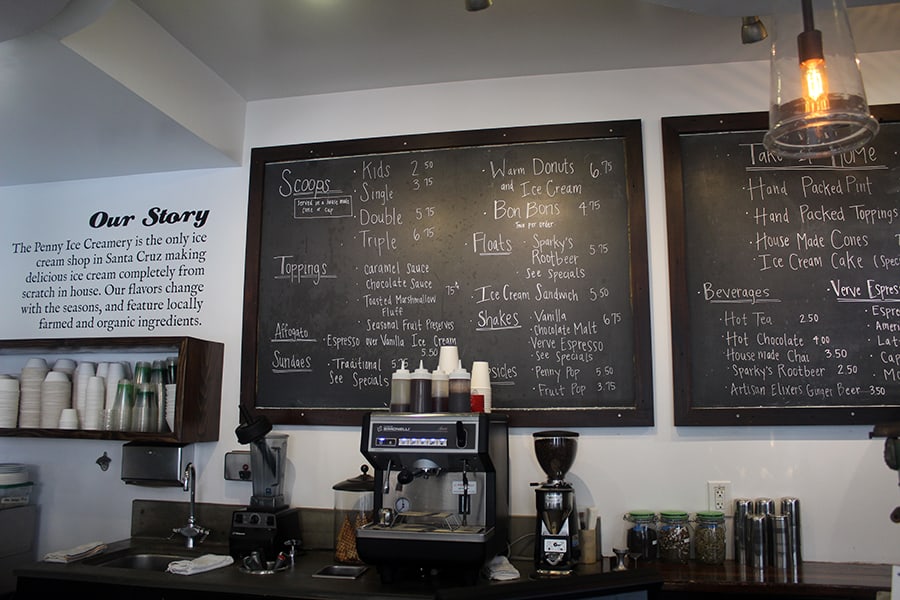 Tips: If you want to try more than one flavor but don’t want to shell out $5.75 for a Double, ask for a Kids Double. You can get two smaller scoops for $4.

Fun Fact: I later discovered that Kendra and her business partner Zach have also been recognized by the White House! In November 2010, they got a call from Vice President Joe Biden thanking them for posting a thank-you video on YouTube regarding the American Recovery and Reinvestment Act. Kendra and Zach even got to sit with Michelle Obama at the State of the Union Address in 2011! How cool are these people??