My Trip to Machu Picchu Part 1: What I Thought of This Famous Inca City

8 min read
*Affiliate disclosure: I may receive commissions if you buy via the links below. As an Amazon Associate, I earn from qualifying purchases.
542 shares

Machu Picchu has just been named as the most desired travel destination. Hostelworld.com held a survey that asked users to pick which trip they would most want from a list of the world’s 30 top destinations; Machu Picchu won by a landslide, surpassing the second best pick by more than 1 million votes.

In 2013, 1,177,308 tourists visited Machu Picchu, and the number is likely to increase this year. Every day thousands of tourists pour into Cusco, clogging the streets and driving up the prices, all on their way to this famous Inca site. For me, it was just something I decided to do four months earlier, after seeing pictures of it on Twitter.

So what did I think of the Lost City of the Incas? Read on to find out… 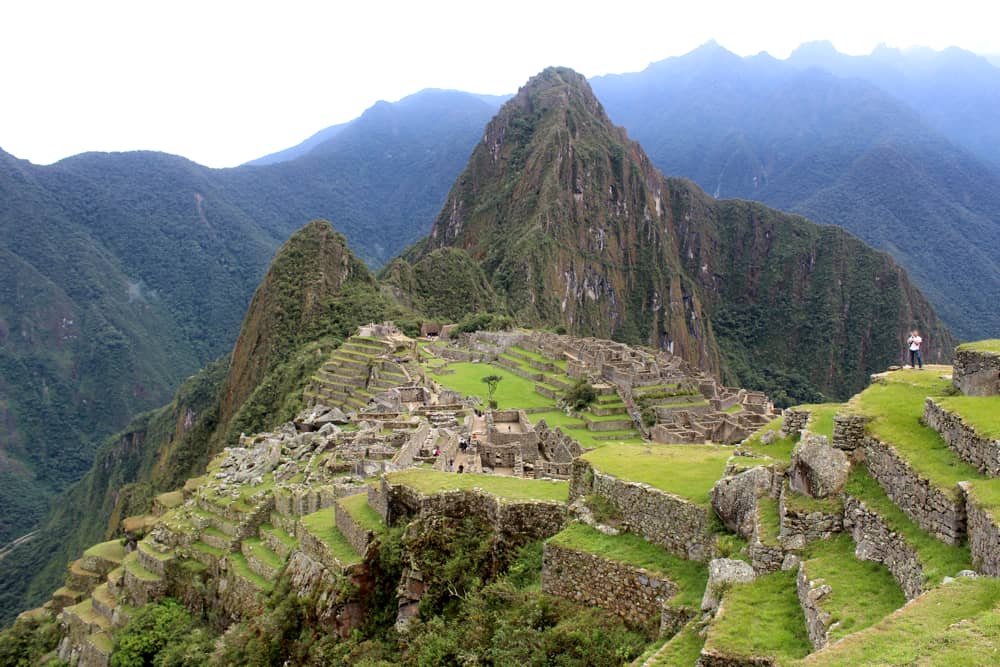 “We ruin our own happiness by having expectations,” Daniel, my Machu Picchu tour guide

It rained when I visited Machu Picchu in April. 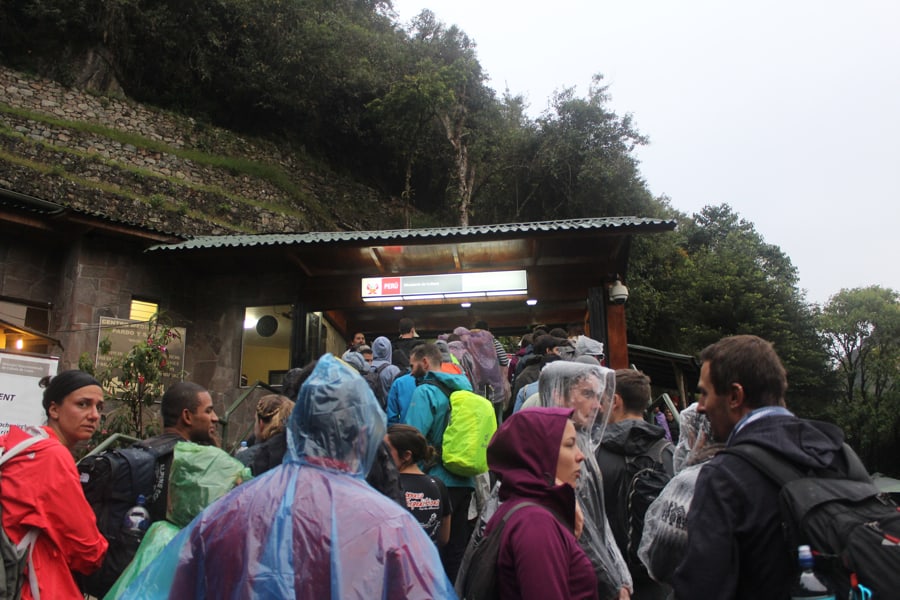 Not that I cared. At that point in the trip, after months of stressing and worrying over logistics and all the things that could go wrong, I considered it a miracle at all that I was standing there, in the Lost City of the Incas, smiling like a fool as the light rain dampened my backpack and hair.

I had made it.

Upon first passing through the gates, I watched hoards of people head up the steps to my left, toward the Gatekeepers Hut at the top to watch the sunrise. But our guide Daniel took us straight ahead into the Citadel. At first I objected, but then I realized why he was doing it: All the tourists head up to the Gatekeepers Hut at first; he wanted  us to have a peaceful experience of Machu Picchu, without the crowds.

Minutes before, as we stood in one of the many long lines at the gates, waiting to get our tickets torn, I realized Daniel must have been to Machu Picchu thousands of times before, having been a tour guide for nearly 20 years. I asked him if he ever gets sick of it.

“Never,” he told me with palpable fondness in his voice. “Each time is different. Each time is special. Because I am sharing it with new beautiful people.”

And it was ethereal, the stillness and the beauty. The drizzle of rain and the thick fog only added to the mysticism of it all. 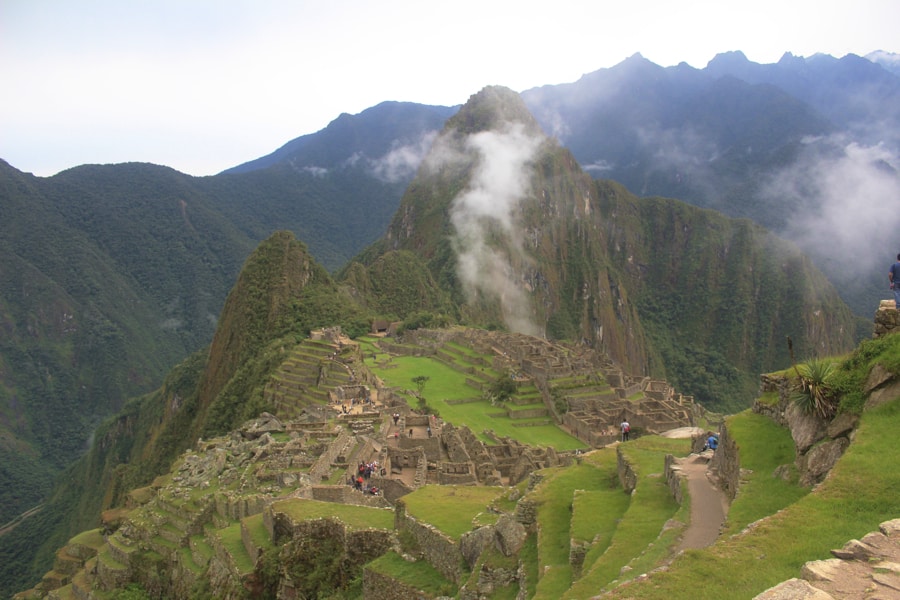 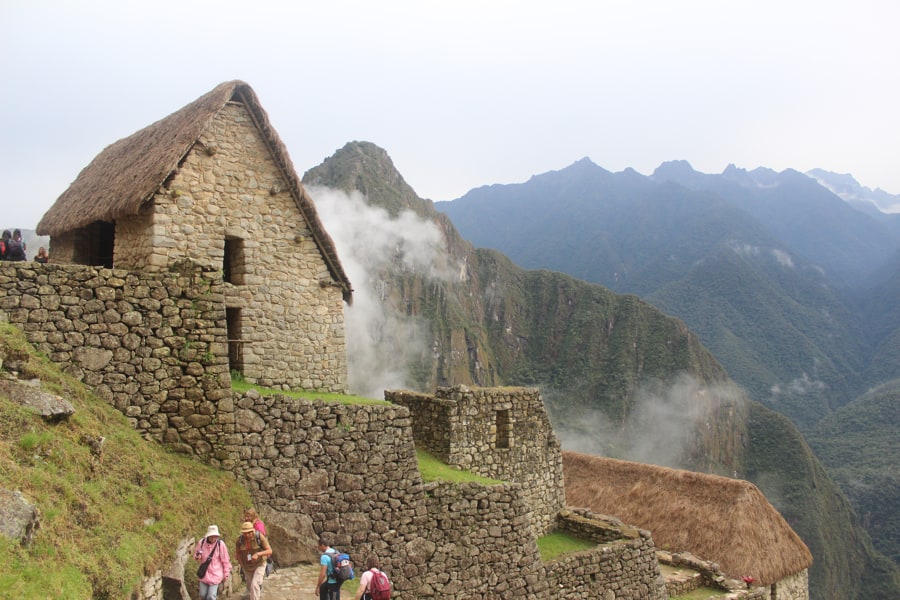 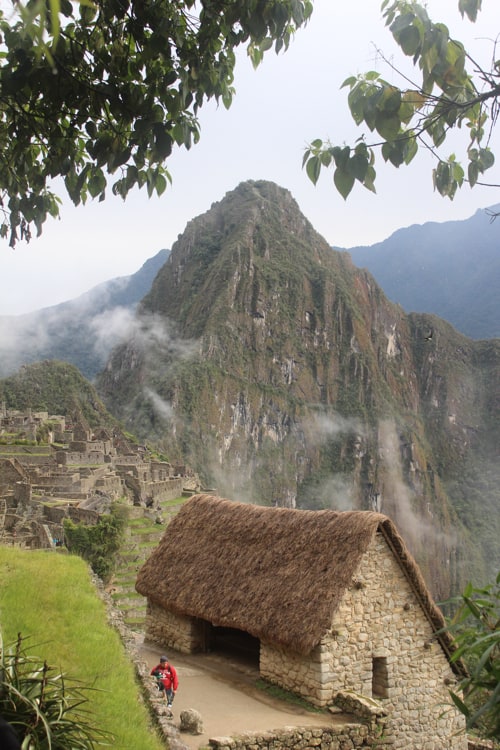 The Mystery and History of Machu Picchu 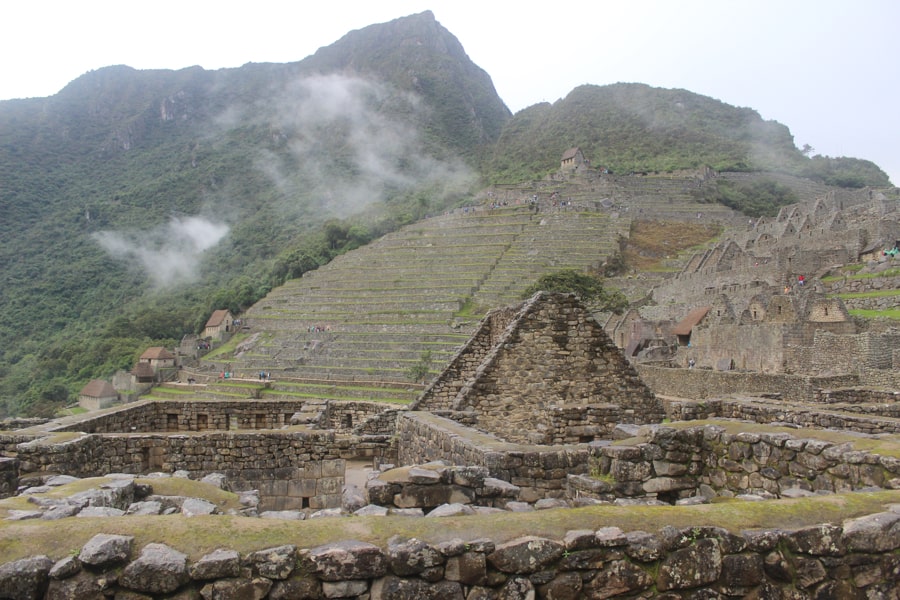 The city of Machu Picchu was built by the Incas in the 15th century without any mortar and with precision-cut blocks. Some of the stones are fit together so tightly you can’t even stick a knife between them. Six hundred years later, and most of the city has remained intact; only about 30% of Machu Picchu has been reconstructed.

Perhaps adding to the mystique of this ancient city is that no one really knows why the Incas built Machu Picchu, nor why they abandoned it. The two most common theories proposed are

Daniel has his own theory: He thinks the Incas built Machu Picchu as a spiritual place to worship and get away from it all. He thinks they abandoned it as soon as they heard the Spanish were coming because they didn’t want their sacred space to be discovered and ruined. If his theory holds true, the Incas succeeded; the Spaniards never did find Machu Picchu.

As Daniel guided us along the tour—kindly telling us when to watch our step, pausing when he noticed we were out of breath, and pointing out little details I never would have noticed—I realized just how special this place is to him.

Each place we stepped, he told us what the purpose of it was, using his hands to help paint the picture. 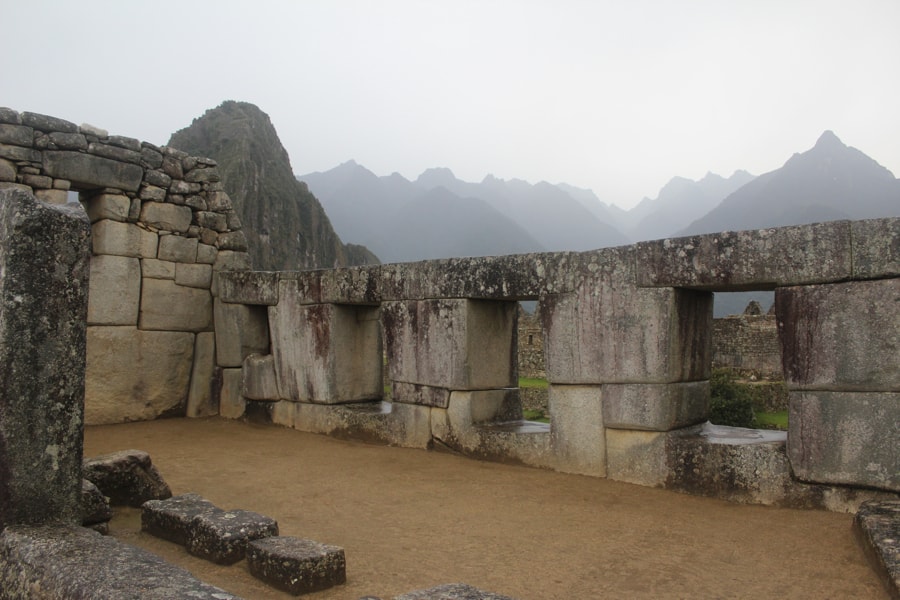 Here the Incas would gaze at the skies through reflections in the pools of water.

Here lies the Royal Tomb. See the three steps? They represent the three levels of Inca existence: The underworld (the snake), the present life (the puma), and the heavens (the condor).

Notice how the stone is perfectly cut to mimic the mountain behind it. (Just one reminder of how connected to nature the Incas were.)

At the end of our two-hour tour, secluded behind one of the ruins near the Temple of the Condor, Daniel slipped out a quena from his backpack and started playing sweet music. Each bright note flitted through the misty air.

When he had finished, he placed the pan flute back in his backpack and whispered, “We’re actually not allowed to play any instruments in Machu Picchu.”

“Daniel! You’ll get kicked out!” I scolded.

My mom and I then parted ways with Daniel to wander the ruins on our own.

As the sun got higher in the sky, more and more tourists piled into Machu Picchu.

It’s hard to feel the tranquility of this spiritual site when you’ve got people elbowing you to get pictures of themselves striking a pose on a rock in front of Huayna Picchu.

It’s hard to recall that each stone was painstakingly placed by the hands of indigenous peoples who lived hundreds of years ago when a tourist with a fannypack and huge hat is sitting down taking a water break on one of them.

By 11 a.m. I was sick of it all. The humidity, the heat, the crowds. I took one last glance back at the famous Huayna Picchu, headed out the gates, and jumped in line for the next bus out of there—but not before getting my commemorative Machu Picchu stamp in my passport. 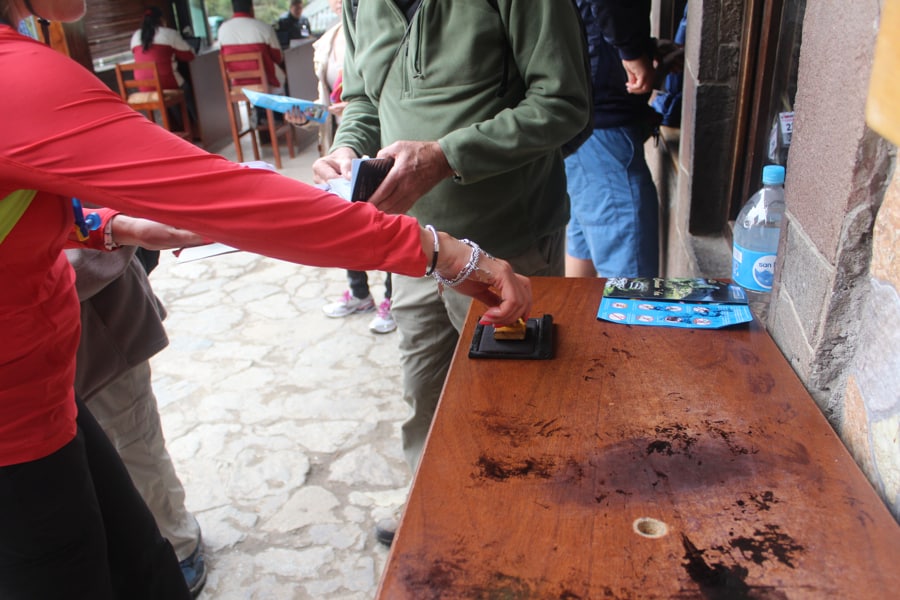 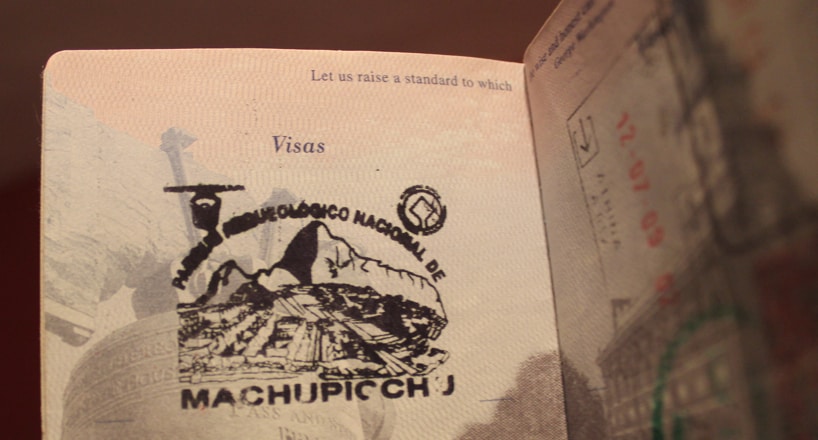 Was It Worth It?

Next to airfare, Machu Picchu has been the most expensive part of my trip, totaling about $415 for train and bus tickets, a tour guide, the entrance fee and a hotel room in Aguas Calientes (the town closest to Machu Picchu).

So was it worth it? Well, I guess it was worth it to not live my whole life wishing I’d gone. The best part, by far, of visiting Machu Picchu, was getting to experience one of the wonders of the world with my mom at my side.

Would I go again? Yes. I’m actually going back to Machu Picchu next month.

Would I recommend you go? If you want.

When people ask me “How was Machu Picchu?” I never know what to say. Yes, Machu Picchu is “beautiful,” “amazing” a “once-in-a-lifetime-experience,” and all those cliches. But that’s the problem. It’s such a cliche. The Incas successfully hid this site from the Spaniards, only to have it later be conquered by a bunch of tourists.

When I look back on my time here in Peru, Machu Picchu doesn’t even stand out in the top ten memories; what I will remember is the time I walked across the Inca Bridge in Ollantaytambo practicing Spanish with a waiter I’d just met and finding out we’re both 23 and have two siblings; or the time the 9-year-old girl at my hostel drew me a picture of the two of us with the words “Best Friends” scrawled across it; or the time I huffed and puffed my way up the hills of Cusco with two friends I’d just met a few days before. People will always be my main reason for traveling.

For more insider tips, check out my other posts about Machu Picchu! 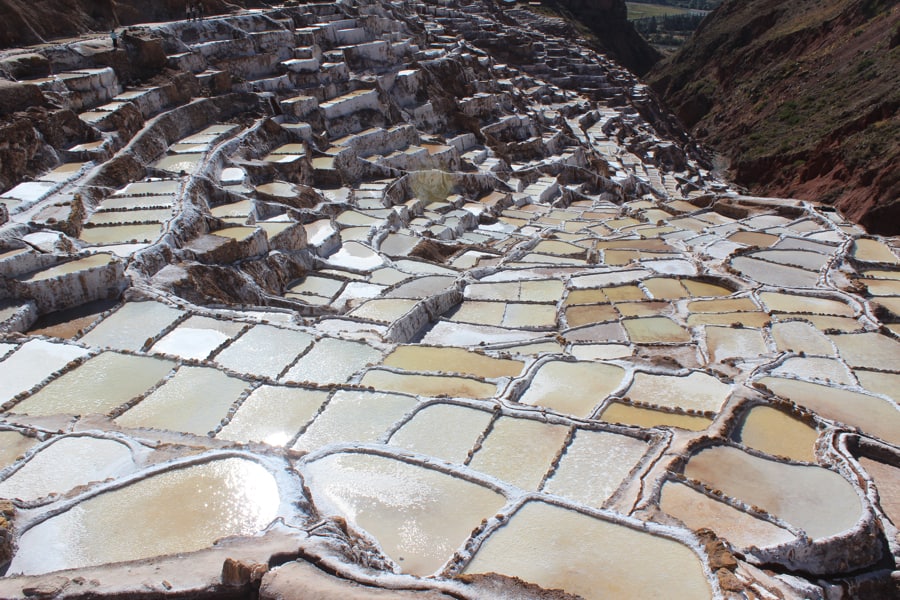 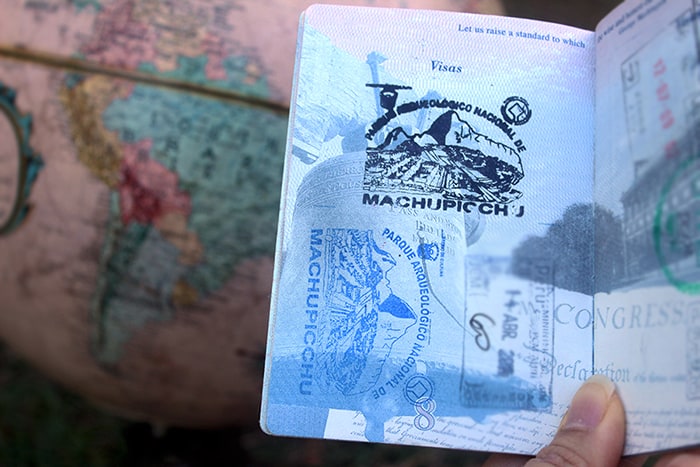 15 Things You Should Know Before Visiting Machu Picchu 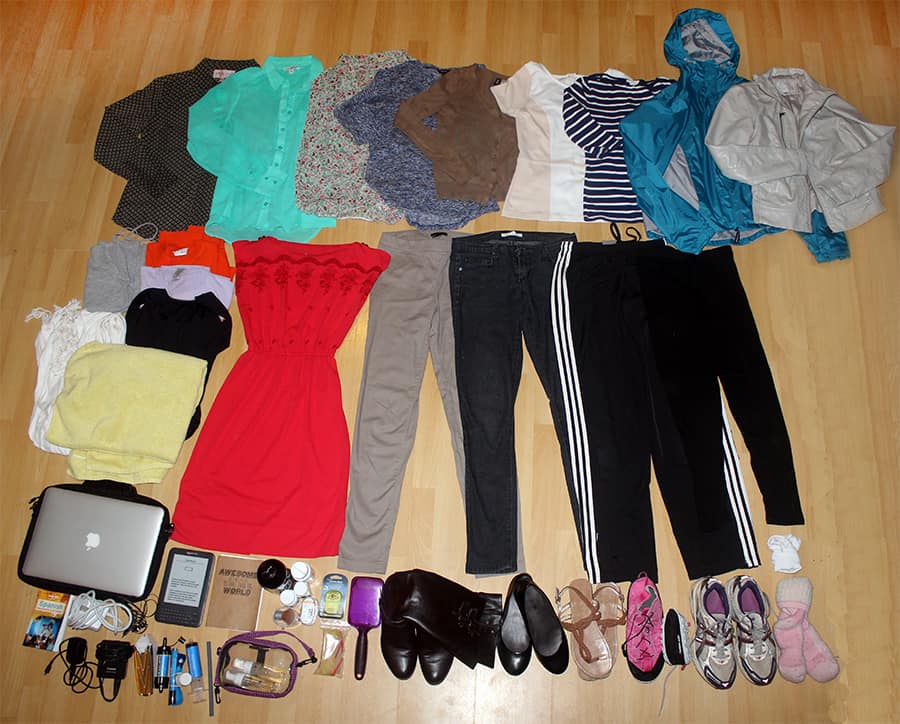